Worship Service with some COVID-19 precautions
Sundays at 11 AM

July 3, "Jesus Has No Homeland
​but the Kingdom of God”

First posted on July 4, 2021
Re-run Archive
​We will continue to have live services on Sunday mornings. Eighteen months of videos are available in our Video Archive. For now, we will feature one of these re-runs on our home page every week. If there was a video you particularly liked or one you were sorry you missed you can find it in the Archive. Newsletters and the letter "To the Church Family" will continue every week. 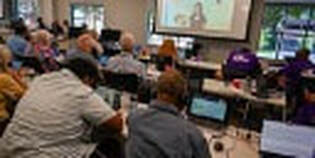 To the Church Family
​
225th General Assembly -
"From Lament to Hope"

July 3, 2022
By Kym Wiederholt
He has told you, O mortal, what is good, and what does the Lord require of you but to do justice and to love kindness and to walk humbly with your God? (Mica 6:8)

Having been elected by our Presbytery to be a Ruling Elder Commissioner to this General Assembly, I recently returned from Louisville after having completed the three-day committee session to which I was assigned. While my work will not be completed until after July 9th, the final day of the plenary session, just to be a part of our General Assembly has, for me, been both an educational and awesome experience.

WHAT IS IT AND WHAT DOES IT DO?

It reviews the work of synods, resolves controversies in the church, is responsible for matters of common concern for the whole church, and serves as a symbol of unity for the church.

The General Assembly has several specific responsibilities outlined in Chapter 3 of the Book of Order. The assembly seeks to protect our church from errors in faith and practice, is responsible for assuring that the expression of our theology remains true to the biblical standards in our historic confessions. The General Assembly presents a witness for truth and justice in our community and in the world community. It sets priorities for the church and establishes relationships with other churches or ecumenical bodies.

HOW DOES IT WORK?


First, reports and recommendations come from the various arms of the Presbyterian Mission Agency and the Office of the General Assembly.

Mission programs are carried out by the Presbyterian Mission Agency which supervises the work directed to be done by the General Assembly, and can make certain decisions on behalf of the Assembly.

Overtures from synods and presbyteries are the second source of General Assembly business. These governing bodies use Overtures to bring recommendations and matters of concern before the whole church.

Commissioners Resolutions are a third source of General Assembly business. As a commissioner one is entitled to sign two resolutions which will come before the whole assembly.

The meeting begins with an orientation on Saturday afternoon and that evening the plenary, or whole General Assembly, meets together to elect a Moderator from among the commissioners assembled.

The Moderator presides over the plenary meetings for the rest of the week.

Once a Moderator is elected, the assembly breaks up into assembly committees to consider particular kinds of business. Each committee is responsible for considering a number of items, and reporting back to the General Assembly on completed actions or their recommendations.

The combined insights of all those on assembly committees become the recommendations to the whole assembly. If they are approved, they guide the church in the years to come.

​Now that we know what our General Assembly is, what it does and how it works to guide us forward, I would like to encourage everyone to watch, at least, some of the livestreams of the plenary session which runs from July 5th through July 9th.  Livestream links can be found at https://ga-pcusa.org/.

I would also ask that you remember me in your prayers as I work to complete the task you have entrusted to me as a Ruling Elder Commissioner from the Presbytery of the Peaks.

A letter from our partners at Grace Network, Martinsville/Henry County 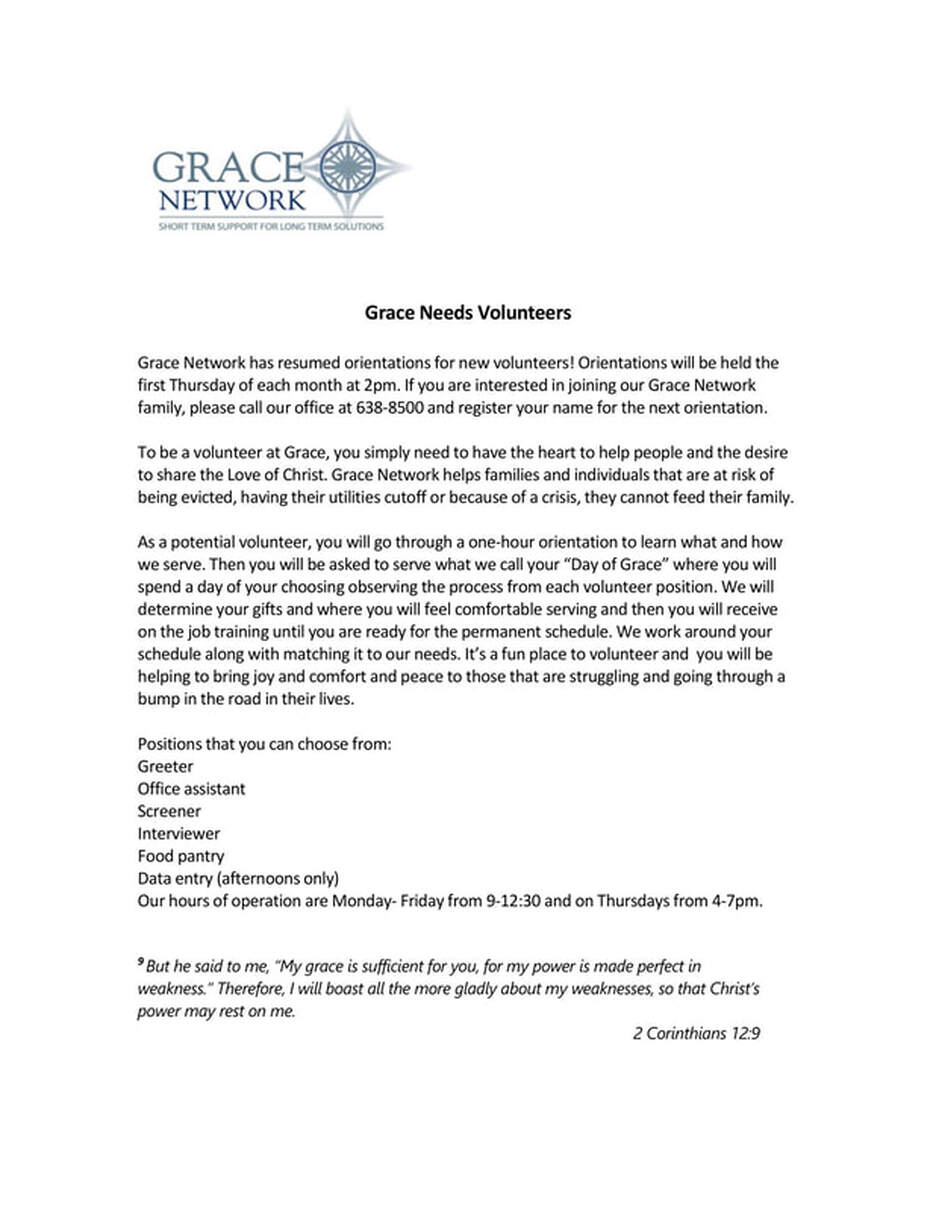 We are part of the Presbyterian Church (USA)